I have a lot of habits I need to change, but the one that gets me in the most trouble is reverting back to my bad behaviors: yelling, smoking, drinking, and not performing at work. I do this when my partner and I disagree. I feel that by doing all of these behaviors I will somehow “show him!” But I only hurt myself, and yet I can’t stop. Help.

We often develop bad habits because they give us some sort of reward in the moment. For example, “I get to show him” is just another way of saying “I get to feel good and validated and justified in my bad behavior.” But in the end, those habits are leading to outcomes you don’t want. As you put it, “I only hurt myself.”

The insight, then, is this: there’s a difference between rewards and outcomes. We experience rewards from our behaviors immediately, whereas outcomes occur later—for better or worse.

This is why we have habits we can’t seem to change, even when they’re leading to long-term outcomes we don’t want. Often a reward is keeping us stuck.

To understand this better, we can look to the science of habit formation, and we can apply that science to reengineer our habits and gain control over them.

A habit is actually comprised of three distinct parts.

First, there’s a cue—the thing that triggers a specific routine. In your case, you know the cue: you and your partner disagree or have an argument.

Then there’s the routine, which is the behavior itself, or what we tend to think of as the habit. I yell, I smoke, I drink, I slack off at work. The cue launches us into a routine.

And finally, there’s a reward. This is what reinforces the routine, so that when the cue shows up again, we repeat the routine.

What’s the reward for your behavior? You’ve already identified at least part of it. You said, “I will somehow show him.” Uncovering the rewards behind the habits we wish we didn’t have often requires serious and honest introspection. Perhaps you believe that by “showing him” you’ll gain a sense of justice, or autonomy, or validation?

It sounds like up to this point you’ve been thinking about how to change your routine. But I think you’ll have better success of changing your behavior if you dig a little deeper into the reward you experience from that behavior.

The cue probably isn’t going away. You’ll have another moment of disagreement and dissonance in that most important relationship of yours, and you’ll again want that soothing reward of feeling . . . validated, affirmed, justified? Currently, you’re trying to gain that reward by “showing him” and engaging in behaviors that only hurt you. But if you can find a replacement routine that delivers the reward you seek and leads to good long-term outcomes, you’ll be successful in changing that habit into one you feel good about.

So, here’s what I want you to do. Think hard about why your current behavior is so rewarding. Make a list of all the things it’s doing for you. Then look for an alternate behavior that will deliver some of those same rewards but lead to better outcomes.

The amazing thing about habits is if you can identify the cue and the reward, you can swap the routine in that loop and create a whole new habit.

You’re asking the right questions. You recognize how deeply and profoundly our daily habits can impact the most important things in our lives. You may be hurting yourself right now, but I know you can make this change. 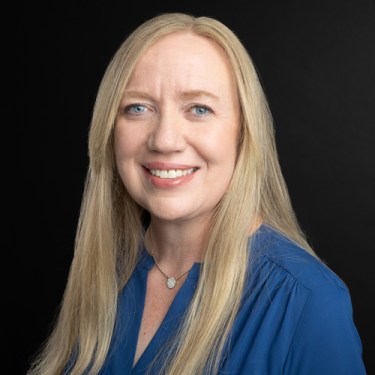 4 thoughts on “Why Do I Engage in Behavior that I Know is Self-Destructive?”