There have been occasions when participants have reacted strongly to the use of the term “violence” in the training as they perceive that term as having the meaning of physical force or intense emotional abuse. How would you address this when it comes up?

I address this one right in the beginning—in the debriefing of the “How Did You Get Your Way?” quick-start activity. I say that one of the claims that the training makes is that there is a continuum of communication. On one end is what we call “silence”—where you’re not speaking up and saying what you need to be effective. On the other end is something we call “violence”—and I quickly make this disclaimer: I don’t personally like this word. But what helped me, was to realize that we don’t mean physical violence here. What we mean is verbal aggression—this is the opposite end of the continuum from silence. And it rhymes with silence—silence and violence, so it makes a nice package for us to remember. If I need to I might even say “violence in this context doesn’t mean throwing a punch—it just means the extreme opposite of silence.”

Then after I show the first example of a “violence” video (Brittany and Rick or Jackie and Rick—the third video in the series), I ask them when the video is over, “If you could put a name to Brittany’s/Jackie’s strategy, what would you call it?”—People answer with things like “aggression,” “overly assertive,” “lose-your-job-fast”—and then I say “we call this “violence.” If you’d like to call it something else, go right ahead, but for this training, this is an example of what I’ll be referring to as violence.” I find that if you admit the word is extreme (and it is—it’s the opposite end of the continuum) and allow participants to call it something else if they want—that negates potential push-backs. 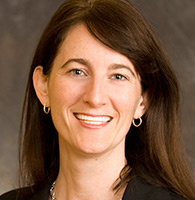 2 thoughts on “What if participants don’t like the term “violence” being used in the training?”