What does the science say about resolutions? Do they work? Every New Year I see my friends, coworkers, and relatives make resolutions—and then often follow through for as much as two weeks! And then, as we all know, they often fall back into their old habits. I’ve done the same thing myself—and so I’ve stopped making resolutions altogether. But maybe we’re all just doing it wrong. What can a person do to turn a resolution into a habit?

I get it. It’s common to lose hope when we try to make a change—and then find ourselves, after the first rush of excitement, falling back into our old ways. And changing an entrenched habit is hard—particularly the kinds of habits we all tend to target when a new year rolls around. We start January with big dreams. We’re going to eat better! And exercise more! And get on top of our finances! And willpower often sustains these ambitions for a while—but then, the kids go back to school, and the idea of running again (I went two days ago!) seems unfair, and we’re sick of dieting. And so our willpower falters. And then falters again. And eventually we give up. We’ve all been there. It’s okay.

A major misconception around habits is that willpower is the source of sustained change. It is easy to see others who have healthy, effective, rock-solid habits and assume they have unnatural reserves of self-discipline. But research has shown that willpower is like a muscle; it gets tired when exerted for extended periods of time. So, building new habits is less about grit and more about strategy. You’ll increase your chances of success by understanding how to break a habit into pieces—and then making a plan. Let me explain.

The Science Behind Habits

A habit is comprised of three parts: a cue, a routine, and a reward. The cue is the prompt, something that triggers you to do a routine. The routine is the behavior we commonly think of as the habit. And the reward is the payoff, the satisfaction we get from meeting some craving or need. These three components, when put together, are called The Habit Loop. And every habit follows it: cue, routine, reward; cue, routine, reward.

Become the Scientist and the Subject

It’s not hard to spot our habitual routines, but we’re generally unconscious of the cues and rewards that trigger and reinforce them.

For example, while writing The Power of Habit, I had a habit of eating a chocolate chip cookie every day. And this habit of eating a cookie was starting to affect my health. In fact, I had gained eight pounds, and my wife had begun to make pointed comments. I had tried to change this habit. But even the sticky note on my computer—“Don’t eat cookies!”—didn’t seem to deter me.

So, to change my cookie-eating habit, I first had to identify the cues and rewards. I got a journal and began recording what happened immediately before and after I ate the cookie—my thoughts, my feelings, things happening in my environment. I wasn’t yet trying to change my habit, rather, I just wanted to identify what was happening. After a few days, I discovered that my cue was the time of day. Every day, at about 3pm, I would get the urge to walk to the office cafeteria, buy a cookie, then eat it while chatting with coworkers.

Identifying the reward was more challenging, though. Was it the sugar rush from eating a delicious cookie? A break from work? So, I ran some experiments. One day, I ate an apple to see if that tamed the craving. The next, I took a break by walking around the block. Pretty soon, I figured out that the best part of getting a cookie was chatting with coworkers. That social interaction was the reward.

As you set out to change a bad habit or build a new one, think of yourself as both scientist and subject. Study your habit first. Get clear on the possible cues and rewards that are reinforcing your habit loop. Then go to work on changing your behavior.

Once you know what your cues and rewards are, you can swap routines. In my case with the cookies, I kept the cue of 3pm, but instead of my usual routine of buying a cookie, instead I walked to a colleague’s desk and chatted for a few minutes. And the reward stayed constant: social connection and a break from work. The cookie urge disappeared.

Isolating cues and rewards aren’t just useful for changing a bad habit. You can use it to build new habits, too. The writer Maya Angelou developed the habit of writing every day by paying for a hotel room. In the room she kept a dictionary, the Bible, and Roget’s Thesaurus. She forbade housekeeping from the room, and asked that all decorations be removed. Every morning at 6:30, she drove to her hotel room and wrote until mid-afternoon. She would then return home and enjoy a proper dinner in the evenings. Then she’d repeat.

In effect, Maya Angelou had engineered her environment—implementing helpful cues while removing herself from the distracting ones—to prompt the routine of writing. And for years, she kept a bottle of sherry in the room, and she’d give herself a reward after she’d finished a particularly tough bit of writing.

You can do the same thing. If you’re trying to build the habit of doing yoga every morning at 5am, for example, you might keep your yoga mat at the foot of your bed. Lock your smartphone in a kitchen drawer instead of on your nightstand so you’re not tempted by it.

And reserve your cup of coffee or tea—or a nice rewarding smoothie!—until after your Downward Dog and Triangle Pose. That’s your reward. And over time, you’ll find it easier and easier—more habitual—to stretch every morning.

Finally, keep experimenting until the routine sticks. Changing habits is tough. Failing the first or even the second time doesn’t mean you’re incapable of change. Rather, it means you are making progress, and you are learning something from your experiment. Look again at your cues and rewards. If you forget to do your new routine, chances are the cues aren’t noticeable enough. If you remember to do your new routine but aren’t motivated, ask if you need a better reward. Even better, delay gratification of the guilty pleasures you already have. Binge on Netflix after your evening bike ride and games with the kids. 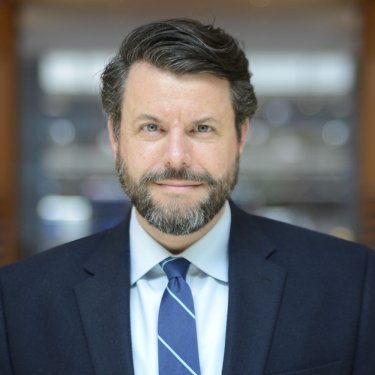 “There are no organizations or individuals without habits; only those who deliberately design them and those who do not.”

Charles Duhigg is a Pulitzer prize-winning reporter and the author of the New York Times bestsellers Smarter Faster Better and The Power of Habit. His books explore the science of productivity and habit formation in our lives, organizations, and societies.

11 thoughts on “How to Turn a Resolution into a Habit”