I think I’m addicted to my smartphone. I’ve thought about getting rid of it, but I value and depend on many of its tools. And yet I pick it up hundreds of times a day and stare into it for hours. I think this affects my attention and concentration, self-esteem, relationships, activity and health, peace of mind, sleep, and more—all for the worse. What can I do?

Addiction is often defined as the inability to stop a behavior even when there is a desire to do so, and even when that behavior is causing psychological, physical, or social harm. Given the consequences you list, you may in fact be addicted. Or you may just have a bad habit.

Many of us talk about being “addicted” to our smartphones because we use the term colloquially. But in terms of psychology and behavior, there are some differences between habits and addictions.

Regardless of where you fall, my suggestions should be regarded as self-treatment for a tough habit. I hope they help, but if they don’t, I encourage you to seek professional help.

You can assess your smartphone addiction by taking the short assessment at HealthyScreens.com. This will give you a picture of your relationship with your smartphone. Much of our success in changing habits depends on self-understanding.

Usually when we try to overcome a bad habit, we focus on the routine, which in your case is picking up the smartphone hundreds of times a day and using it for hours. We try to quit the routine by sheer willpower, which almost never works because there are other factors at play.

Every habit consists of a cue, routine, and reward, called The Habit Loop. You know what the routine is, but what’s the cue? And perhaps more importantly, what’s the reward? What are you gaining from your overuse?

To uncover the cues and rewards, start keeping a journal of your compulsive smartphone use and what triggers it. If you’re inclined to use a smartphone app to do this, you may want to think twice and instead get a pocket journal and pen.

Logging your use is less important than reflecting on why you’re doing it. Pay attention to the thoughts and cravings you experience before you pick up your phone, even though you likely won’t notice them until after you’ve been eyes deep in your screen for a while.

When you can pull away, take a moment to identify what you were thinking and craving just beforehand and the feelings you experienced from use.

What did I hear or see?

Who was I with?

What feeling was I craving?

What feeling or thought was I running from?

What feeling did I gain?

Why do I crave that feeling?

Am I sustainably satisfying the craving?

Is there a better alternative?

Is there a way to reduce the cravings for that feeling?

This will take some time. Essentially, you’ll be excavating and perusing your own thoughts and feelings, which may include unconscious drives. Do so with the kind of undiscriminating care that a scientist would.

Rearrange your physical and virtual environments to remove cues. Obvious cues include your smartphone itself and its notifications and alerts.

A radical example of removing cues would be to hawk your smartphone and buy a flip phone. I know people who have done this with good results.

More moderate examples include leaving your phone at home when you go out, or in another room while you work or sleep.

Healthyscreens.com lists strategies for rearranging the virtual environment for both Android and Apple devices.

You can’t break a bad habit; you can only replace it. The time you spend on your smartphone will need to be filled with some other activity, ideally one that provides a similar payoff.

I have found that fifteen minutes alone in a quiet room, which I often do after working online for the day, can help me steer clear of my phone and the internet for the rest of the evening. Unplugging for a few minutes, for me, usually breaks the distracting momentum of the device.

The replacement doesn’t have to be grand, but it should be accessible. Going for a jog might not work. Deep breathing might. Or a short walk, a glass of water, a phone call (not a text) to a friend. Time alone in a quiet room. Ten minutes of meditation.

Experiment until you find something that works.

Whether you have a habit or an addiction, to change your relationship with your smartphone you will need to change how you think about it. Alcoholics don’t quit drinking alcohol, for example, through grit or willpower alone; they also experience or undergo an internal shift. They gain a new perspective of both alcohol and themselves, usually in the rooms of AA, and then they give up drinking.

The same is probably true for a person who successfully quits chewing his fingernails.

So I want to share a few ideas to provoke some reflection, which I hope might lead to a shift in perspective.

It seems the smartphone has made it easier for us to pursue behaviors that have always held potential for addiction: shopping, socializing, watching television and news media, seeking approval or fame, making money, and otherwise running from boredom.

I’m not suggesting the smartphone is benign. I’m aware of how it and many apps can exploit human psychology.

But is there some specific activity you engage through your phone? Whatever it is, thinking about the activity itself may better help you uncover your psychological drives and rewards rather than thinking of your habit simply as “smartphone addiction.”

Finally, I want to say that I see addiction as something that must run its course. I encourage you to consider this possibility.

You might see this as fatalistic or defeatist or think it runs contrary to the tips I outlined above. But it may be in accepting that we are addicted or compulsive or otherwise imperfect that we have hope of experiencing the kind of internal shift necessary for personal change.

From Taoism to Stoicism, from cognitive behavioral therapy to AA to our course The Power of Habit, you can find wisdom on how to build better habits and avoid or overcome addiction, which all include suggestions to address thinking and behavior.

What you won’t find, however, is an account of how the change will occur or when it will occur. We are recipients of such grace.

We seem to be unique in our capacity to undermine our own interests and wellbeing with self-defeating and self-destructive behavior. Why we have this unique capability, I think, is one of life’s mysteries. I also think our capacity to change is a wonderful mystery.

Having both seems necessary for growth. 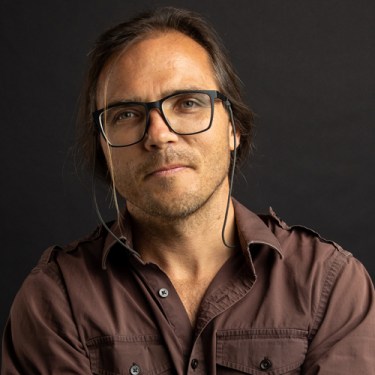 5 thoughts on “Smartphone Addiction: Understanding and Overcoming It”