I want to make use of crucial conversations skills, but I see that they are almost entirely geared toward management roles. How do these skills apply to situations with our “superiors” rather than with others who report to us?

These were the circumstances that interested us the most. For example, we watched a physician give feedback to her medical director about how he was viewed as manipulative and untrustworthy as well as seriously incompetent. Now that’s a crucial conversation!

What stunned us the most was when these less-powerful individuals were able to get their point of view across in a way that did not trigger the boss’s defenses.

Here’s what we learned: Bosses will listen to anyone who is skilled at making them feel safe. That’s right: make it safe enough and you can talk about just about anything.

There are two special considerations in making bosses feel safe:

When bosses get defensive (or anyone for that matter), it is generally because you have failed to assure them on one or both of these two points.

Let me get personal now, and share an example of how I successfully faced a crucial conversation using this skill. I once worked with a CEO who at first meeting was as cuddly as a cactus. He was austere, physically imposing, verbally blunt, and short on patience. He and I had developed a culture-change strategy for his organization and had just finished a very successful communication of the plan to his senior staff. Following the broadcast, we were sitting in his stadium-sized office reviewing the next steps.

Alexander: Okay, so what’s next?

Joseph: Well, the next step is the assessment process we discussed. Following that…

Alexander: Assessment? I don’t want to assess anything. I’m sick of assessing. I want to do something.

So, there we were. The conversation just turned crucial. I’m facing someone whose next words would mean life or death for a project I really wanted. What should I do? Roll over to save the deal? Speak up to save my conscience—but risk offending him? I wanted the project to go forward and to help him understand the flaws I saw in his thinking. Understanding that he would not feel defensive if he felt safe with me, I tried to reassure him that 1) I knew who was boss and that 2) I cared about his interests. Here’s what I said:

Joseph: I have a concern about skipping the assessment that I’d like to share. But first I want you to know that at the end of the discussion you are the CEO and I will do what you think is best. It’s important to me that we accomplish something meaningful very quickly as well. If the plan doesn’t do that, then it’s flawed. So if you’d like I’d be happy to share with you the risks we’ll face by skipping the assessment. If not, I’m willing to move on. What would you like me to do?

Alexander: What are the risks?

Do you see what happened? By reassuring him that I respected his position, I helped him avoid the need to demonstrate his power by shutting me down. By communicating that I cared about his need for quick results, I helped him avoid the need to advance that value by ignoring another one (assessment). If you had been in the room with me you would have noticed the immediate change in his body language. He shrunk back down to normal size. He leaned back again in his chair. And his face relaxed. I knew he felt safe, so I knew I could candidly address my concern.

The good news is that bosses are people, too. And the same things that make others feel unsafe are what make them feel unsafe. If you get good at reassuring them of your respect and confirming your commitment to their goals, they will give you a lot more latitude to challenge, give feedback, and disagree. 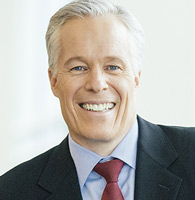