We’re excited to welcome a new contributor to the Crucial Skills Newsletter. Please enjoy a special introduction to Brian Wansink from author Joseph Grenny. We also encourage you to review VitalSmarts’ support of Brian Wansink here.

A Message from Joseph Grenny

If you haven’t met him yet, I want to be the first to introduce one of my newest VitalSmarts colleagues. I met Brian Wansink 15 years ago as part of our research for the book Influencer: The New Science of Leading Change. We became fast friends. What has struck me most about Brian is not just that he is a renowned scholar whose hundreds of scholarly papers have been cited tens of thousands of times. It is not just that he is one of most clever and creative social scientists of our time. It is that he is a man of deep character and purpose. Fifteen years gives you a chance to see how people deal with the crescendos and diminuendos of life. You learn as much about a person from either extreme. Not only am I grateful for the way Brian’s research has improved my own life, but I am grateful for the inspiration he gives me to be a better man. Friends, meet Brian Wansink.

Who’s the Smartest Team in the Room?

Congratulations. You’ve just been asked to assemble the smartest team in your organization. This will be the Einstein, Ninja, Go-To, Delta Team that will have to solve the toughest problems you face: increase growth by 70%, cut costs by 25%, rebrand the company, and be prepared to act in case the CEO’s spouse repeatedly staggers up to monopolize the Christmas Party Karaoke again next year.

Who would you choose to be on your Brainiac Committee? You could line everybody up by their IQ scores and pick the ones at the head of the line, or you could pick people who have a cool British-sounding accent, or you could pick that one person on the second floor who was a runner-up nominee for the Supreme Court. But according to an article in the journal Science,1 if you really want the smartest team that will make the best decisions, you should use a different approach.

The article dives deep into collective intelligence. The authors analyzed 699 people who were working in teams of two or five to solve a wide range of problems like brainstorming, moral judgements, and negotiation.

As it turned out, two things differentiated the teams that made the smartest decisions from the rest. First, teams where one or two people did most of the talking made less intelligent decisions than groups where everyone spoke up. Sound familiar? It’s Crucial Conversations 101. It’s “Learn to Look” and “Make it Safe.” Making these two skills a part of your culture could increase your Meeting IQ.

Second, teams with higher percentages of females made better, more effective decisions. They were more sensitive about getting input from everyone, better able to reach compromises, and generally more effective. This is consistent with an earlier 2006 study by Wellesley professor Sumru Erkut, who showed that having two or more women on a corporate board brings “a collaborative leadership style that benefits boardroom dynamics by increasing listening, social support, and win-win problem-solving.”

The research shows women are less polarizing, more collaborative, and more likely to reach a solution that makes everyone happy. The New York Times columnist, Bruce Feiler, recounts a story of having dinner with a Google executive who said they always make sure to include more than one woman at every meeting. Their decision was based on this study. Turns out “diversity” isn’t just a fair word, it’s also a smart word.

The high-performing teams in the Science study tended to weigh options, encourage everyone to speak up, and to compromise better. These may be skills that come more naturally to some people than others, but regardless they are skills we can all learn. Train your people in the dialogue skills that enable everyone around the table—regardless of power, position, or authority—to speak up. And look carefully at the makeup of your teams. Be sure they are diverse enough, in gender and experience, to create a dynamic where thoughtful and smart decisions are made.

If you get it right, that diverse, dialogue-armed team of yours might also be able to solve that Christmas Party Karaoke problem. Hint: more karaoke, yes; more eggnog, no. 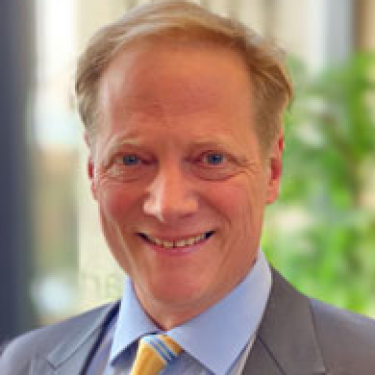 Brian received his PhD from Stanford and worked as an MBA professor at Dartmouth, Wharton, University of Illinois, and Cornell. His first books Asking Questions and Consumer Panels uncovered many secrets about habits and human behavior. He used these insights to help people eat healthier by writing the books Slim by Design and Mindless Eating, published in over 20 languages. He now focuses on discovering new ways to help people become more effective, communicative, productive, resilient, responsible, and creative.

13 thoughts on “Who’s the Smartest Team in the Room?”