I’m a new manager of a team that previously had a leader that yelled, used demeaning methods of motivation and control, and often humiliated individuals. The leader was removed for these behaviors and the role was given to me. I can see signs that the team is broken. They work in silos, performance is poor, and there’s a general lack of effort. I’m struggling to unify the team and “right the ship.” I feel like clarifying expectations would help get everyone back on track, but I worry that doing so will further divide the team, as it could be seen as me pushing my agenda. Any advice?

In 1980, Herb Brooks was the head coach of the United States Olympic hockey. His team was about to attempt what appeared to be an impossible task: defeat the Soviet Union. The Soviets had a powerhouse team that had won four consecutive gold medals dating back to the 1964 Olympics. Coach Brooks gave his team an inspiring pre-game speech and used a phrase I have often used when faced with a difficult task. He said, “Great moments are born from great opportunity.” He not only inspired his team to win a hockey game, they would also eventually win the gold medal and inspire a nation.

Begin your managerial journey by seeing it for what it is—a great opportunity. You have a chance to not only overcome what has been a toxic and destructive environment, but also to build a new one. You get to help create a culture where your team can improve, communicate, collaborate, and contribute. Additionally, you can inspire your team to match their performance to their potential.

Let me offer three big ideas for your consideration as you step up to your opportunity.

In 2003 Sir Dave Brailsford became the head coach of the British Cycling team. They had no record of success. In fact, in seventy-six years, they had only won a single gold medal. Brailsford’s leadership would change that. In 2008 at the Beijing Olympics, his team would win seven of the ten gold medals available. They would do the same four years later in London. In addition, professionally, his team would win three Tour de France events.

His approach was quite simple, literally. He didn’t try and create dramatic changes for overnight success. Rather, he focused on small improvements in everything. His idea of “marginal gains” was to target weaknesses and be one percent better. Small changes over time brought big results.

One of the more common and bigger mistakes managers make when taking on the task of rebuilding a dysfunctional team is thinking they must blow things up to make a difference. Righting a ship takes time. Begin with patience. Whether targeting your team’s performance, their effort, or even the way they work, don’t demand perfection. Instead, look for ways they can make small changes to things they do most often.

In many cases there is a lot of “function” in dysfunctional teams. Before identifying all the areas of weakness that need to change, make sure to identify what is working. In their New York Times best-selling book, Switch, Dan and Chip Heath introduce the concept of bright spots. Bright spots are successful efforts worth emulating.

Typically, when facing similar situations, managers tend to focus on problems and ask the question, “What’s broken and how do we fix it?” A better approach to change is to focus on solutions. To find bright spots, begin by asking, “What’s working, and how do we do more of it?” In doing so, not only will you find behaviors worth cloning, but you’ll also remind your team that they are already part of the solution.

Give Direction Not Directions

It’s easy to quickly diagnose the situation and prescribe a solution. This is another common mistake for new or young leaders. Even if you happen to diagnose correctly and have a prescription with proven results, this approach has the potential of missing the mark and leaving the team in a continued state of division and disarray. The goal of leadership isn’t to be right, but rather to get it right. Sharing ideas can move you in the right direction. Inspiring others’ ideas can accelerate the process.

Throughout my career, the best leaders didn’t have all the answers, but rather helped me discover the answers. They knew how to give direction, but they didn’t necessarily give directions. Whether individually or collectively, allow your team to share their insights. Ask good diagnostic questions to gain clarity on where they see the gaps and what they feel has been causing those gaps.

With such clarity, now as a team you can work to identify the areas for one percent improvement. What are the vital behaviors that will connect to your organization’s values and produce results? What small changes will yield the greatest impact? Then, together, make decisions, provide support, recognize success, and make corrections when needed.

It won’t be easy. It won’t happen quickly. But, as you continually strive for one percent improvement, build on the bright spots, and give direction and not directions, you will be on your way to not only righting the ship, but also enjoying the journey. 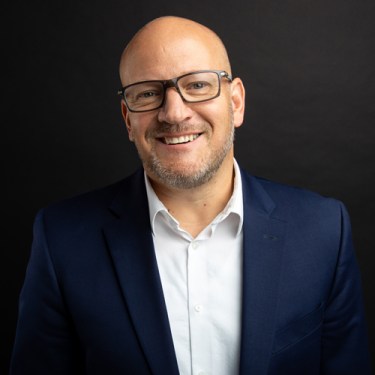 Scott Robley is a speaker, coach, and master trainer at Crucial Learning. With more than twenty years of experience in education, training, and public speaking, he makes every learning session engaging and fun. He is a master storyteller and committed to teaching people skills to improve their lives.

6 thoughts on “How to Lead a Struggling Team”