What a great question! As you suggest, it is very common for our participants to be anxious about ‘performing’ in front of their colleagues. Because of this, I consider it my primary goal, as a facilitator, to create safety in the learning environment. I’ve found that if I can front-load the conversation in class by acknowledging participant fears and assuaging them, it goes a long way in preventing some of these kinds of reactions. And in my mind, if I can prevent the fear from ever creeping into the classroom in the first place, everyone’s job gets easier!

When introducing the concept of deliberate practices for the first time, I always say this: “Now we’re going to practice with some scenarios. Before we start, I’m wondering, ‘Would any of you say you are generally not a fan of role-playing in a training classroom?'” (While asking this, I raise my hand as if to demo an invitation for them to raise their own in answer to that question). Participants will raise their hands, giving you a good sense of people’s comfort level in the room. I try to remember who raises their hand so as to avoid pairing those individuals up with each other later, finding it better to match the Nervous Nellies with others in the room who are more comfortable with this practice.

Then I say (with a healthy dose of sarcasm and a hearty smile) “Ok! Well you’ll be happy to know that we won’t be role-playing in here. We’ll be doing deliberate practice. You’re going to LOVE these!” And right then, people begin to relax—because they feel validated. Then, I go on by saying “Ok, I’m playing with you a little bit, but let me tell you how they really are different. I feel like with role plays, we always feel we have to get really creative and make life difficult for our partners, then we switch roles and it comes right back to us. That is NOT what we are doing here. These are meant to feel super safe. We don’t expect anyone to be perfect at this (you’ve never done this before!) We’ll give you a coach to jump in and help you, even feed you lines. You can call a time-out and ask for help at any point, and you can ask for a do-over any time you like. Just say, “I think I can do that better. Let me try again!”

After creating safety in the room, I move into reading over the directions in the toolkits. Then, I find it helpful to walk through a large group demo of how to do the structured rehearsals before putting them into groups of three and assigning roles (taking care not to pair together those who expressed anxiety in the beginning). The demo allows people to get comfortable with the practice and often alleviates anxiety for participants.

For a large group demo, you as the facilitator can take on the role of the initiator. Explain the role of the respondent, and then ask for one volunteer to play the part of the respondent. Then ask the rest of the class to play the role of coaches—asking them to tell you what you should be saying each step of the way as you walk through the situation. You can essentially walk through the first structured rehearsal as an entire class before asking folks to practice the second and third situations on their own in groups of three. I’ve found this approach to significantly reduce anxiety in the room. 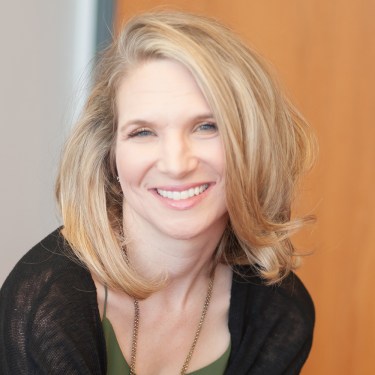 Cricket Buchler is a corporate coach and a Crucial Learning master trainer. She has helped thousands of people around the globe build dialogue skills, create accountability, and drive behavior change.

2 thoughts on “How do I respond to participants' concerns about participating in training?”