David Maxfield is the author of the New York Times bestselling book, Influencer: The Power to Change Anything.

Dear Crucial Skills,
I followed the climate change summit in Copenhagen last December and found it very frustrating to watch world leaders unable to agree on actions they must take to protect the ecological health of our planet. The meetings quickly disintegrated into a discussion about the individual wealth of their own nations.

What crucial conversation would help leaders agree to a plan to preserve the planet’s health—even though this will be at some economic expense to all?

This is a great and timely question. Resolving climate change will require leaders to address some very sensitive conversations. And as citizens, we can help. When we take an interest and speak up, it encourages our leaders to speak up as well.

Crucial conversations require dialogue. Climate change has been mired in silence and violence for many years. The good news about the Climate Summit in Copenhagen was that more than 130 world leaders came together. Heads of state from five opinion-leader nations (U.S., China, India, Brazil, and South Africa) met for seven hours and negotiated an agreement that forms a framework for a 2010 world summit in Mexico City. The decision-makers are at the table, and dialogue has begun.

It helps to Start with Facts. Another major advance world leaders made at Copenhagen was to agree on a set of facts related to climate change. These facts establish the common ground needed to build solutions. A few of the most significant of these facts are:

World leaders must now find Mutual Purpose. This gets to the heart of your question. Nations and their leaders look to their national interests, which are often in conflict—at least in the short term. Climate change is a global issue that requires a broader, more long-term view. Remember the question we ask in Crucial Conversations: “What do you really want—for yourself, for others, and for the relationship?” This is the question leaders must ask.

Here are a few crucial conversations where national interests may be in conflict—and mutual purpose must be found. Our leaders would do well to bring these crucial issues to the table:

4. Developed countries have benefited the most from carbon use over the last 100 years—and have been responsible for the greatest amount of carbon-related damage. Does this mean they should be held accountable for the damage already caused and pick up a greater share of the repair and resettlement bill?

Soon we must Move to Action. Have you ever been part of a team that got bogged down because the facts were never complete and the options never ideal? When it comes to climate change, we will never have all the facts or a painless solution. But we will have to act anyway. We can’t afford to let the perfect become the enemy of the good.

In Crucial Conversations, we recommend to decide how you will decide. Some climate change decisions may involve consensus targets, but most are likely to be consultative or independent. We can’t let the desire for consensus prevent us from taking action either independently or with small groups of other opinion-leader nations.

Finally, when a problem is profound, persistent, and resistant, its solution will require more than a crucial conversation. It will require a full-fledged Influencer strategy. Next week, I will apply our Influencer model to your question. 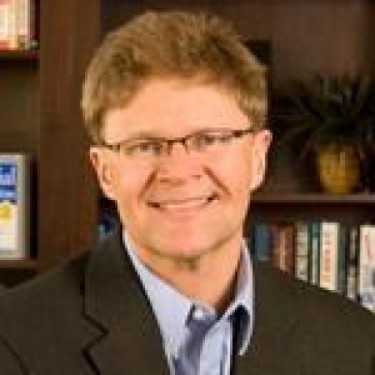