I have a lot to do. Just my standard job responsibilities are more than enough to occupy every minute of my work day, and then some. I’m maxed out, but I hate to turn people down when they ask for my help. So, I end up committing to more work than I really have time to do. I’m just not really sure how to be both productive and helpful. These two qualities seem at odds. Any advice?

Your situation is one everyone can relate to. This predicament rings all too true: I only have 24 hours in a day, but I committed to 30 hours worth of stuff. I can appreciate your intent—you want to be helpful to others—but your good intentions will get you into trouble, if you aren’t careful.

Here are a few tips to consider:

Accept the reality of time. When you and I continue to say “yes” to agreements we don’t have time to complete, we are deceiving ourselves. In subtle ways, we try to trick ourselves into believing we will, somehow, someway, be able to do more than one thing at a time or find 26 hours in our 24-hour day. We all know that’s silly, yet we constantly rationalize making un-keepable commitments with these types of arguments. The good news is you don’t have to. As David Allen says, “Einstein had 24 hours. So did Mother Teresa. So did Bach.” You can accomplish your most important goals and help others in amazing ways with the time you have available to you.

Master the art of renegotiation.

1. You can’t renegotiate agreements you don’t remember making. I’ve spoken about this idea in many of my articles, most especially the one about not keeping stuff in your head. As you may know, David Allen also says, “Your mind is for having ideas, not holding them®.” It’s tough to know which agreements or to-do’s you need to renegotiate if you don’t have them in front of you. So here is a quick exercise. Sit down for ten minutes and write down, as quickly as you can, every commitment that has your attention—all the stuff weighing on your mind. Write down one item per line on the paper.

Reflect on your list and consider how you feel about those items. Most people feel a little bit better. Why? Maybe because they feel like they have more control over them. Maybe because they can see the next steps needed to complete the items they’ve listed. Maybe because once it’s out of their head, their mind feels clearer. There is often an inverse relationship between how much something is on your mind and how quickly it gets completed. When you get into the habit of writing down all your agreements and seeing the massive lists of things you’ve agreed to, the word “NO” might start feeling more appropriate.

2. Renegotiate with yourself. One of the biggest sources of stress and dissonance comes from not completing commitments we made to ourselves: “I ought to fix that back porch,” “I really want to write a white paper for this product idea I have,” and “I want to take my wife out on a date.” For some, our own desires and values are the largest sources of commitments. When you have too many of these commitments, you can either stress about not being able to get to all of them or you can be better about deciding which ones you’re truly committed to and which ones you’re not. This is where a Someday/Maybe List can be really powerful. The idea here is this: just because you want to say “no” to something right now doesn’t mean you have to say “no” to it forever. Even if you removed it from your list—but deep down inside you still had an interest in doing that thing at some point—your brain won’t let go of it. Your brain will keep reminding you and guilt-tripping you about it. So, you need a place to put items you might want to do but aren’t committed to taking action on right now (because of time, money, circumstance, etc.).

Create a list or a folder called “Someday/Maybe” or “Not Now.” Then, anytime you think of something you want to do, but you know realistically you can’t commit to now or in the near term, drop it into that list. Then, put a reminder on your calendar once a month to review that list. There is no pressure to do anything, but as you review the list, see if there is anything you want to make “current” because you now have the time, money, or circumstance to do it.

3. Renegotiate with others. When you get a commitment you know you don’t have time to complete, it’s time for a renegotiation conversation. This can be a hard one. The reality is there are some commitments you simply can’t say “no” to or renegotiate. If your boss wants you to do something ASAP, you should probably do it. But the key here is finding a way to fully engage with the commitments you make and not feel guilty about the stuff you’re not doing in that moment. The two steps for having a renegotiation conversation are 1) to make your intent really clear and 2) clarify the priority of large projects, not just small actions.

You can be both helpful and productive, but not without some key habits to keep it under control. In the end, you also have to take care of yourself. When you commit to far more than you can realistically do, you only create more stress. Being a little nicer to yourself will actually be the best way to help others in the long run.

Want to master these crucial skills? Attend one of our public training workshops in a city near you. Learn more at www.vitalsmarts.com/events. 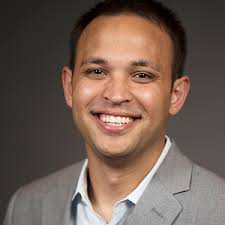 “You change your life one action at a time. My next tip is your next action.”

Justin Hale is a speaker, trainer, and training designer. He plays a key role on our product development team and is often the face of our award-winning classroom, virtual, and on-demand

3 thoughts on “Overcommitted? How To Renegotiate Your To-do List”