I have an 11-year-old son who is struggling and I don’t know what to do. We recently relocated overseas, far from home and family and friends. Then the COVID-19 restrictions hit. My boy’s behavior changed significantly. He is always angry and frustrated. I’ve tried to keep him busy in sports and music, but he loses motivation. He used to be a good guitar player, now he rarely plays. When I take him to walk the dog, within a couple of minutes he heads back home on his own. And he doesn’t want to talk. I really want to re-establish open communication with him. For a long time he was my best and probably only friend, and that has changed. I feel we need each other more than ever right now. How can I give him a safe environment so he feels free to speak his mind and express his anger and frustration?

As a father of four sons, the youngest of which is 11 years old, I appreciate and feel your question more than ever. We are definitely living in unique times. None of us was given an instruction manual on how to raise children, let alone how to do so amidst the circumstances you describe. Fortunately, we have been given an outline on how to step up to these kinds of moments. The skills provided in Crucial Conversations help us develop an environment of open dialogue that can improve relationships and increase trust. Try the following:

With any difficult interpersonal situation, it is imperative that you start with heart. To get your heart in the right place, ask yourself, “What do I really want?”

It seems that when it matters most, we are often at our worst. As parents, we let our emotions get the best of us and we end up behaving in ways that are completely contrary to our good motives. And when we reflect on “What do I really want?” we often amend the question with the following words: from them. This approach is limiting. Our motive can’t be merely to have the other person change. We are better to reflect on what we really want for them. This is a stronger motive and one that will encourage dialogue and not provoke emotion.

I remember an experience I had years ago while visiting with a friend’s college-aged son. Matthew had just finished his first semester of college. He was attending on an academic scholarship. I asked him how his first semester went. He went on and on, describing the fun he had been having. Finally, I interrupted and asked him about his studies. He said, “Not good.” I replied, “What do you mean, ‘not good’?” He added, “I got a 1.7.” I responded, “Yes, that’s not good.” Then I asked the question, “What did your dad say?” I was anxious to hear how his father had reacted when learning that his son had not only had a horrible academic semester, but that he also lost his scholarship as a result. Matthew looked at me and said, “When I called him and told him, my dad said, ‘I’m going to have to call you back.’”

Wow! What a response. I imagined my friend’s emotions swelling and him being tempted to lash out and express disappointment and frustration, which would have potentially damaged his relationship with his son. Instead, because he knew what he wanted for his son and not just from him, he took a moment to gather his thoughts and settle his emotions. Yes, he wanted his son to change. But more than that he wanted a strong relationship with his son. He wanted his son to feel safe coming to him in moments of failure as well as triumph.

Embedded in your question lies your true desire. I can see that what you really want is for your son to be happy, free of anger and stubbornness, and for the two of you to have a relationship built on open dialogue where you can support one another. With this desire as your compass, you will naturally be guided in the correct path to approaching your son.

The other day I watched my colleague, Emily Gregory, share a message about helping teens manage stress. She spoke of the importance of validating our children’s feelings. She told a story of speaking with her teenager about the changes brought on by COVID-19 and then listening to her share her strong emotions, to which she replied, “That is totally normal to feel this way. In fact, I would be concerned about you if you didn’t feel this way.”

Affirm what your son is feeling and assure him that his feelings are normal. By validating his feelings, you are not only providing space to dialogue, but in many ways you are inviting him into that space. A little validation can go a long way.

It is common during crucial conversations for people to shut down and retreat or to respond with anger. To reestablish dialogue and create a safe space, get curious. I once heard it said, “When people become furious, get curious.”

Ask your son questions to find out why he is feeling the way he is. Be sincere about getting to the source of his feelings. When we show genuine interest, people are less likely to retreat from dialogue. Be patient in allowing him to share his feelings. When you ask him how he’s doing, he may respond with a flippant “Fine!” When his tone of voice or body language are inconsistent with his words, try “mirroring.” Mirroring is the act of reflecting a person’s behavior back by describing their behavior. So, respond with a simple, “You don’t seem fine. You don’t play guitar anymore and you’re quiet all the time. Is everything ok?” This is a great way to show your son that you really are curious and that you want him to share.

Also, suspend your inclination to solve his problems. Just listen. This may require a little priming. My sons have never really been the type to naturally share their feelings and emotions, even when I ask. Like priming an old-fashioned hand pump, sometimes you have to put something in to get something out. If your son resists opening up, offer up your best guess of what you think he is feeling or thinking. Don’t worry if your guess is not accurate. If you’re wrong, he will let you know. But if you’re right, he may confirm and open up.

Years ago, my third son taught me a valuable lesson. He was 15 years old and had his driver’s permit. On Christmas Day, we went to a movie as a family. When the movie was over, my son asked if he could drive. My wife and I agreed. I was in the passenger seat, his mother and younger brother were in the middle seats, and his two older brothers were the back seats.

On our drive home, my son demonstrated that it’s possible to make a left-hand turn without signaling. He also learned a valuable lesson. As we approached the intersection where he would turn left, the light turned yellow. My son decided he would make the yellow light and advanced into the intersection. But because he failed to use his turn signal to indicate his intentions, an on-coming vehicle also decided to make the yellow light. Fortunately, brakes were applied, and an accident was avoided.

Too often, like my son, we fail to use our blinker. When others don’t know our intentions, they are left to guess. In my experience, we are all terrible guessers. Don’t assume your son will know what you really want. Use your blinker. Let him know that what you really want is for him to be happy and for the two of you to have a stronger, more open relationship. Doing so may allow you to avoid a conversational collision.

In order to help your son and restore your relationship, remember to:

Be patient. It won’t happen overnight. It will take time, consistency, and persistence. 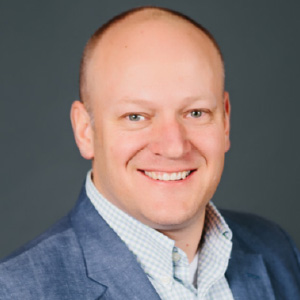 Scott Robley is a speaker, coach, and master trainer at Crucial Learning. With more than twenty years of experience in education, training, and public speaking, Scott brings to the table energy, fun, and professionalism. He is a master storyteller and committed to changing the world by changing behavior.

2 thoughts on “How to Talk With a Struggling Adolescent”