How does Getting Things Done relate to teams?

I frequently get this question from people new to GTD and those interested in applying the skills within an organization. Because the GTD methodology focuses primarily on self-management principles and best practices for individuals, people struggle to connect the principles to team success.

Yet the best practices of GTD apply equally to teams, and even whole enterprises. The five steps—capture, clarify, organize, reflect, engage—are exactly what successful teams do to maintain control and focus.

Let me break it down further.

What do the most successful teams do?

First, they consistently identify what has their attention, what’s not on “cruise control” (capture). Second, they define the outcomes they want to achieve (clarify). Third, they keep a clear inventory of projects and tasks, sorted into categories, with specific team members accountable for them (organize). Fourth, they regularly review progress and challenges to keep the team focused and current (reflect). Fifth, they hold each other accountable for taking action on individual commitments (engage).

How does using GTD as a team differ from using it as an individual?

The team needs to have a leader. For an individual, it’s obvious who should implement the skills (they run their own show), but it’s not always obvious with a team. That needs to be decided.

The team also needs a clear purpose to fulfill. In fact, it’s purpose that brings a team together; it is the reason for a team. Whereas an individual might start with GTD by getting control of whatever has his or her attention and then clarifying purpose, a team begins with purpose.

A team does not necessarily need to define next actions related to its projects, as long as accountability has been appropriately assigned. Individuals, on the other hand, must define next actions for whatever has their attention, whether assigned to them by the team or not, to get clarity.

How can a team apply the GTD skills?

The work of a team is done by individuals. Just as you can’t “do a project,” but only actions related to an outcome, a team can’t “do” anything without the members involved taking individual actions. That’s why a team with people trained in GTD gets work done at an elevated level, especially when the team leader “gets” GTD, for they are better able to manage team projects in a way that optimizes their own effectiveness.

Think of it like this: Can you teach a team to read? No. But does the team need people who can read? Of course. Can you teach a team GTD? Well, a team as a group can learn about capturing, clarifying, organizing, etc., and implement those to some degree. But if any team member doesn’t integrate those practices, the whole team suffers. For example, organizations often do “team building” exercises to try to reduce failures caused by individuals who don’t follow self-management best practices.

Workplace communication is a good example of how this can play out. Too much email and too many meetings are often a bane to team morale and performance. Sub-optimal performance spurs more meetings and emails, neither of which solve the problem. The personal productivity habits of team members prevent the team from being effective. Conversely, a team of GTD-trained people stays focused on outcomes and actions, in both meetings and communications.

It’s no secret that through teamwork humans can create and achieve amazing things. And the clearer and more present everyone in the team is, the more the team can achieve. But the team, as such, doesn’t give people the ability to be clear and present. GTD does.

How does GTD work with well-known organizational workflow approaches?

It’s not surprising that the popularity of GTD has, to some degree, paralleled rising interest in Six Sigma, Kanban, Lean, Agile, Scrum, and similar project and workflow approaches. The influential Agile Manifesto was published one month after the first edition of Getting Things Done was published (February 2001).

While these methods have greatly improved workflow and output in enterprise productivity, GTD amplifies their effect by equipping individuals with optimal techniques for dealing with change, integrating new information, recalibrating activity, and staying focused.

Everyone I’ve spoken with who has significant experience with workflow models has suggested that GTD aligns with these models and even galvanizes their implementation. Interestingly, a senior researcher in these new approaches once described GTD as “Lean for the brain.” That is to say, no wasted thinking.

All the best,
David 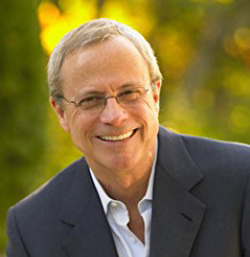