One of my coworkers said I didn’t involve him in a decision I made, but I did. I told him I relayed his input—he is the expert in this area—to another person, as he asked me to do. He said I made the decision to meet with this person without inviting him. When I try to explain what really happened, it just gets worse.

What do you do when you feel you are falsely accused?
Falsely Accused

The situation you described certainly qualifies as a crucial conversation. High stakes are involved—potentially the project and certainly the working relationship are at risk—emotions are high, and you see things differently. As I try to answer the question you have posed, I want to do so by looking at a couple of options.

Option 1 – Prioritize the incident. Your first option is to find enough Mutual Purpose and Mutual Respect to create safety and talk this incident through. I’m referring to your misunderstanding as an incident because it seems this is a one-time situation. The core problem is that you don’t agree on the facts. You see the same incident so differently that you have arrived at different conclusions and emotions.

In teams and relationships (and even organizations) where there is little trust or where processes involve many steps and many people over a long period of time, individuals are required to write commitments down. Doing so makes the facts clear, or at least clearer. Also, people don’t have to rely on memory—which is not very reliable and thus not very safe.

If you and your colleague had done that, some of the facts would have been clearer. However, some facts might still be unclear. Perhaps neither of you would have articulated that he expected to be invited to the meeting, so you would be at the same point—arguing about the facts.

I bring this up to suggest that, while helpful, writing down all commitments is not a completely effective strategy. I will add emphatically, however, that when the two of you had the initial conversation about what you and he would do, if you had made sure you touched all the bases of WWWF (Who does What by When and how you’ll Follow up) you perhaps could have minimized the assumptions and the frustrations. Because it doesn’t sound like you were able to discuss all of these factors, I suggest you prioritize the incident by solving it quickly if you can or moving past it if you can’t.

Option 2 – Clarify how you’ll work together in the future. To begin this conversation, you might want to say, “It’s clear that we see the incident about the meeting with Sarah very differently and we’ve not been able to agree on the facts. I’m wondering if we could talk about what we learned from it and how we can work better in the future so this kind of thing doesn’t happen again?” If the two of you can focus on going forward rather than dwelling on an incident in the past, you can find Mutual Purpose and Mutual Respect that will allow for dialogue. The purpose of dialogue is to learn, clarify agreements, make better decisions, and take committed action. By using the incident as a learning point, you can make agreements that will make future work better.

In such a conversation, you might agree that when you make commitments together you’ll also consider what you’ll do if you run into conflicts, changes, or barriers. How will you touch base? How will you modify the plan you created? How will you assume the best until you can talk to your colleague if you hear of changes? So rather than trying to “solve” every incident, you agree on a process that will help you anticipate problems and act in ways that either resolve them or prevent them.

I want to touch on your statement, “When I tried to explain what happened, it just got worse.” If you hold this conversation about working together in the future well, you should be able to talk about what to do if future conflicts arise. Then, rather than disagreeing about what has already happened, you can have a conversation about how you plan to move forward.

When colleagues or couples have had difficulties in the past, a good option is to learn from these misunderstandings and let those insights influence future behavior rather than simply clinging to the past.

I wish you well,
Al 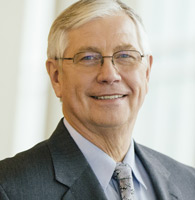 Al Switzler is a New York Times bestselling author, keynote speaker, and leading social scientist for organizational change. For thirty years Al has delivered engaging keynotes for an impressive list of clientele, including AT&T, Xerox, IBM, and Sprint. Al’s work has been translated into twenty-eight languages, is available in thirty-six countries, and has generated results for three hundred of the Fortune 500.

5 thoughts on “Responding to False Accusations”