I am the victim of a character assassination at work. I have been at my current workplace for ten years. A new colleague seems to be jealous of my successes and has started spreading stories, gossip, and rumors, stating that I am a difficult colleague to work with. At work, I am direct in my comments, and as a woman, I am judged more harshly by speaking up. The gossip, rumors, and slander are ruining my reputation and damaging my career. Despite team coaching, the behavior and the storytelling has not stopped. Unfortunately, many people are starting to believe the stories that are being told. There are members of my organization that believe in me, and have acknowledged that the issue is my colleague and her misrepresentation of who I am. There is an opportunity for me to address this in a public forum—an organization-wide meeting. Is confronting this issue publicly a brave move or a suicide mission?

I can hear the frustration in your question. What a tough situation to be in! You work hard, have dedicated ten years to an organization, and now your reputation is being harmed. Reading between the lines, I am guessing that you feel like you have done everything you can and now you are looking for validation that the “nuclear” option is the right way to go. Addressing the issue in a public forum is a big, big step to take. So, before we go there, let’s back up and see if there aren’t other, smaller steps that you could take to move toward what you really want.

First, have you had a conversation with this person directly? You mention team coaching but I don’t see anything that says you have talked to this person, identified the behavior, and requested that it stop. Assuming you have not done that, this is the first and best place to start.

A few things to consider as you hold the conversation:

Describe the Gap. This straightforward step is often one of the hardest to do because you have to get really clear on your expectations and on the specific, factual observations. Begin by sharing your expectations. You might start by saying, “I have worked here for ten years and have always valued the professional, respectful behavior of my colleagues. Respect for others has been, in my experience, an unwritten rule around here.” Then, share your observations of this person’s behavior. Be as factual as possible. This might sound like, “I have heard from a few people that they have heard you say things about me that seem disrespectful. For example….” Now, because you haven’t heard this directly, you want to make sure that you don’t overstate. Be careful to clarify this: “I haven’t heard any of this directly so I am not sure what you actually said.” Then invite the other person into the dialogue with a question: “Can you help me understand?”

Opening up with a question allows for the other person to agree with the gap you have described or share her differing perspective. Either way, it gets the conversation started.

Take Small Steps in the Conversation. Especially when an issue has built up over time, it can be easy to jump right into the conversation and try to resolve everything at once. That can be overwhelming and lead us to be overly forceful. Instead, consider this a series of conversations, each with a discrete, small goal. For example, your goal for this first conversation may simply be to see if the other person will acknowledge what she has said to others about you. Your next step or objective might be to have a conversation about whether she sees her remarks as disparaging or not, whether her remarks align with the standards of respect you have in your organization. At each step, your goal should be to understand the other person’s perspective, not to change the other person’s behavior.

Wait, really? If at this point you are thinking I am totally off my rocker, then good for you. This means you actually are paying attention because yes, I really did just say that your goal should NOT be to change the other person’s behavior. If you enter a conversation with that goal, it will come through and it will promote resistance and defensiveness. Though this may seem counterintuitive, if you really want to change someone’s behavior, if you really want to be in a position to influence someone’s behavior, you have to start by letting go of that goal and instead focusing on understanding the other person’s behavior and his or her perspective of that behavior.

Next, let’s assume that you have held the conversation and the behavior continues. What do you do now? Is it time for the nuclear option yet?

While you can always jump right to public shaming, you still have a couple of steps left in your escalation path you may want to consider. For example, try having the conversation in the presence of a neutral third party who you both respect. Having someone listen in and coach through a difficult conversation will help you both be on your best behavior. If that doesn’t work, consider talking to your HR representative. This accomplishes a couple of objectives. First, you will probably get some good advice on how to handle the situation. Second, it will give you a chance to formally document the situation.

So, now is it time for public shaming? Nope. It’s not and that’s because it should never be time for public shaming. Holding crucial conversations in a public forum can be effective and appropriate when the issue is something that is impacting multiple people or when you need the collective wisdom of the group to solve a problem or come to agreement. Public crucial conversations are almost never effective when your goal is to use the tide of public opinion to shame someone into change, which I fear may be your underlying motive. While an “intervention” may have a place in a therapeutic setting, it doesn’t belong in a respectful workplace. 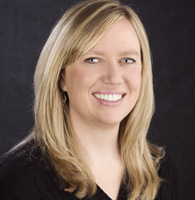 Vice President of Development and Delivery

Emily is the vice president of product development at Crucial Learning and a dynamic speaker and consultant. She received a medical degree from the University of Utah and a Master of Business Administration from the Marriott School of Management at Brigham Young University. Her work centers on identifying and teaching behaviors crucial to effective living and leading.

19 thoughts on “Recovering from a Ruined Reputation”