I have the privilege and frustration of being the mother of a strong-willed teenage girl. It seems my child popped out believing she was an adult and in charge. She is very verbal and says it like she sees it—for good or ill. I realize that teenagers are emotionally driven, however I’m struggling to know how to respond to her routinely rude comments. I love my child deeply but she needs a filter; her words can be very hurtful. Unfortunately, I am not the only target of her meanness. I’m concerned that she will burn bridges if she does not take greater care with her words. Any advice?

A business associate of mine told me about his son going off to a distant university. The father became very emotional. He told me how difficult his son was to raise; his son was rude to others and had angry, emotional outbursts. His father responded with anger and punishments.

When the son left for college, he told his Dad, “I hate you and hope I never see you again.”

Later that semester, a school counselor assigned to new students called to tell the father that his son had been diagnosed with Asperger syndrome. As the father learned more, he discovered that the behaviors that his son exhibited and irritated him the most were common symptoms of Asperger’s. My friend started crying as he told me that if he had known his son had a physical/emotional problem, he would have treated him differently. He would have tried to help him, not punish him. My brokenhearted friend wondered if he would ever be able to heal the badly damaged relationship he had with his son.

In sharing this sad story with you, I’m not presuming that your daughter has this or a similar issue; I am urging you to consider whether or not there is an ability component to her behavior. This is a preliminary diagnosis before beginning the problem-solving process.

Being a teenager with a still-developing brain that is overdosing on hormones and adrenaline, is almost the definition of an ability problem. But, compare her to her peers. You mentioned that your daughter is “routinely rude” and needs a filter. Is she unable to think about what she is saying, or just unwilling to? If her behavior is more belligerent or extreme than other teens, or if she seems unable to empathize with those she insults, seeking counseling or professional expertise might be the solution. You may avoid a lot of unnecessary pain for both you and your daughter by taking this path.

On the other hand, if her actions seem within the bounds of normal teenager behavior, then I would recommend some Crucial Accountability strategies.

First, get your heart right; Start with Heart. Ask yourself, “What do I really want?” Don’t think in terms of character traits; think of specific behaviors, actions, and words. Maybe something like, “I want my daughter to refrain from saying rude, hurtful remarks. I want her to express herself in respectful ways, even when she disagrees with something being said or done.”

Now, get your head right; Master your Stories. Ask yourself, “Why would a reasonable, rational decent person say those things?” If that seems like a bit of a stretch for a teenager, you might ask, “Why would a decent kid say those things?” Maybe she’s frustrated and angry. Maybe she’s rebellious and lashing-out because she wants to be her own person and test the limits. Maybe she wants to hurt others to keep them from getting too close. Maybe she got up on the wrong side of the bed and her stars are out of alignment. Having considered many possibilities, ask the hard question. Which of these is true? Realize the hard answer is, you don’t know. So don’t assume you do. Maybe you ought to talk to her and find out, so you can address the real problem and not the symptoms.

Begin the conversation by Describing the Gap. Factually describe her behavior and compare it to what you expect. Make sure you address the pattern of behavior you have witnessed.

You might say “At dinner tonight, when we were discussing the new bussing schedule, you told me that I didn’t know what I was talking about and that I am ‘so lame’ I shouldn’t be saying anything at all. Earlier this week in the car you called your sister an idiot. And on Saturday, you said you didn’t want to go to her boring soccer game and that she was the worst one on her team. I’m seeing a pattern of hurtful remarks. I expect you to be respectful to others, even if you disagree with something.”

Next, ask a diagnostic question to understand why she is behaving this way. “What’s going on? Help me understand. Why are you saying these things?” Be intentional as you Make it Safe and create dialogue with your daughter.

Taking these steps will help you avoid the costly mistake of assuming your daughter’s pattern of hurtful behavior is a motivation problem.

If these efforts don’t create a willingness to improve, calmly and respectfully explain the consequences you will impose on her when she speaks rudely to others. Be specific. “The next time you are disrespectful to me, like saying I’m lame or I don’t know what I’m talking about, you will lose your phone privileges for twenty-four hours. This also applies to others, like when you call your sister ‘stupid’ or say that she’s the worst player on the team.” Set a follow-up time within the next twenty-four hours to review her behavior. In your interaction with her, always model the respectful behavior you expect from her.

Praise her good behavior and hold her accountable for unacceptable behavior. Don’t ever ignore her hurtful behavior. Be consistent—every time, all the time. I wish you all the best as you succeed in doing the hardest job on the whole planet—being a loving parent. 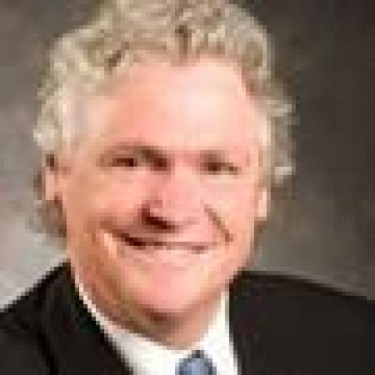 Ron McMillan is a New York Times bestselling author, keynote speaker, and leading social scientist for organizational change. For thirty years, Ron has delivered engaging keynotes at major conferences, including the American Society of Training and Development and the Society for Human Resource Management. Ron’s work has been translated into 28 languages, is available in 36 countries, and has generated results for 300 of the Fortune 500.

5 thoughts on “Parenting a Strong-willed Teenager”