When my best friends and I were kids growing up along the shores of the Puget Sound, the water was our favorite playground. It’s a good thing, because we certainly had a lot of it. It fell from the sky in unrelenting sheets of cold misery until it eventually gathered about us in a giant recreational hodgepodge of lakes, streams, and inlets. Hardly a summer day passed that we didn’t find a way to float in it.

By age fourteen, we had widened our tastes from floating safely in placid lagoons to using the water as a thrill park—particularly the water found underneath the docks. This was back in the early sixties when fish canneries still spewed a red stream of cast-off salmon heads and slimy innards straight into the bay. Sharks gathered at the entry point of the disgusting flow in a feeding frenzy of pink froth, teeth, and terror.

Few people have ever seen a sight such as the one found outside those canneries. Few people would want to see such a sight. Unless, of course, you were fourteen years old and pretty much lived for the chance of throwing yourself smack dab in the middle of just such a biological curiosity. Which is exactly what we did. My buddies and I took one look at the tangle of teeth and fins and knew we had to find a way to study it up close.

After scrounging logs and really thick string for a couple of days, our intrepid gang cobbled together a raft for just such idiotic purposes. We christened our highly unstable craft “Death on a Log” and then promptly paddled straight to the heart of the toothy treasure. It’s hard to describe the sheer visceral pleasure of gliding into a foaming pool of frenzied sharks. There we were, virtually surrounded by a pulsating mass of fins, teeth, and eyeballs—completely swallowed up by the roar of gushing entrails. It was fourteen-year-old heaven.

At first, we just stood there, triumphantly ensconced in the epicenter of this ecological nightmare, drawing strength from the electric energy of the moment. And then, one part adrenaline, two parts testosterone, and ten parts boy took over. First, we smacked the throbbing mass with our paddles. Take that you nasty sharks! Smack! Smack! Smack! Then we poked at the tangle with assorted sticks. Poke. Poke. Poke. We capped off the experience with a series of whoops and grins—shouting and gyrating on the very edge of sanity. It was a perfect teenage moment. And then Frank stepped over the edge and tumbled into the churning waters.

Movies generally show such life-threatening moments in slow motion. That’s because in real life they happen in slow motion. When Frank fell, it was as if time had slowed to one-tenth its normal pace. The tumble took forever. First, Frank’s left leg slipped off the edge. Then his body hung in space between the raft and death for about an hour—until death took the upper hand. As we stood, frozen to the raft, Frank plunged into the roiling sea. Only he didn’t really plunge. He hung in a grotesque, cartoon-like position above the danger below until he finally lurched toward the outstretched hands of his friends. He exerted just enough strength to propel his body to a spot six inches from the raft—except for the back of his head, which found the outside log with a sickening thud. He was out like a light, floating in a boil of ichthyoidal rage.

Tom, closest to the edge of the raft, jumped into the frenetic foam without so much as a second’s hesitation. It was stunning to watch him leap straight into the jaws of death (no metaphor here, these were the jaws of death). Okay, maybe the Puget Sound sharks weren’t thirty-foot great whites. Maybe they were only four to six feet long, but their rows of teeth were deadly enough and the danger was heart stopping. Somehow Tom managed to pull himself and Frank back onto the raft, but not before both had received several nasty bites. For five minutes we huddled together in a mist of foam, blood, fear, and gratitude. Then we slowly made our way back to shore.

For those of you who have never been a fourteen-year-old boy who has just escaped death by a whisker, you might think that we then gleefully returned home. We didn’t. Instead, we did what we always did under such ridiculous circumstances. We struggled to come up with a cover story. We couldn’t tell our moms that Frank and Tom had fallen into a whirlpool of sharks. They would have asked questions about where the sharks came from and how we happened to be so close to them in the first place. So we made up a whopper, sneaked into Frank’s house, and administered to the wounded.

I eventually told the heroic version of the shark story some twenty years later, while standing around a campfire at a father-and-son outing. By the time I was through, the crowd was ready to erect a statue in honor of Tom’s valor. In fact, I made all of us kids out to be a fanciful combination of swarthy adventurers and swashbuckling daredevils. Then, as I noted my own boys’ reactions (they hung on my every word), I reversed course. With time and the advantage of perspective, I took to adding the following editorial comments whenever I told the story anew.

Many acts of modern-day heroism are immediately preceded by acts of utter insanity—requiring the very acts of heroism that we’re bragging about in the first place. If we hadn’t been so completely insane as to paddle straight into the middle of death and then jump and hoot and slip around until one of us fell in, we wouldn’t have needed a hero. Hero stories persist because it’s not nearly as fun to avoid death by five hundred yards as it is to climb into the mouth of the grim reaper himself and then, at the very last second, scamper out in a flamboyant feat of heroism. Now that’s entertainment.

What Does It Mean to Us?

I tell this story because it reminds me of what typically happens during training sessions when the topic turns to diversity and harassment. As class members discuss the always amazing and sometimes moronic things employees have been known to do to one another, a certain percentage always asks what they can get away with. They want to know how far they can go. Mostly it’s because they’re trying to understand the boundaries. Nobody wants to cut off human interaction in its entirety. A huge part of their life unfolds at work every day. Everyone wants to go into the water. They are going to talk with others. That’s a given. They are going to tell jokes, flirt, and tease. They just want to know where the safe waters end.

After the tenth person has asked if she can still tell blonde jokes (after all, blondes aren’t protected by law), or if he can tell a woman at work how good she looks in a sweater (because it’s about the sweater and not her body), I’m reminded of the sharks. There are some topics and actions that are obviously dangerous. They’re a veritable whirlpool of potential hazards. We all know what they are.

What did we learn from the shark experience? To stay five hundred yards away from all things dangerous. So here’s what I tell anyone who asks: Don’t engage in socially risky activity. It’s that simple. Don’t tell blonde jokes. Sure, you might get the occasional laugh, but there’s a goo
d chance that you’ll offend someone too. Don’t start a sentence with, “You know the trouble with women . . .” or “You know the trouble with men. . .” You may think that women or men have certain characteristics in common. However, throwing all of them into one big gender bundle (and a negative one at that) is bound to offend people who prefer to be viewed as individuals (i.e., most sentient beings). If you start a discussion with, “I know this might offend someone, but . . .” you’re in dangerous water. Warning people up front doesn’t lessen the risk. Quite the opposite. Warning others is akin to announcing, “Hey everybody, I’m about to say something really offensive, insensitive, and stupid, so listen up.”

Experience has taught me that when we start making exceptions to safety rules, we eventually run risks—and why run a risk when it comes to our lives? It’s just not worth it. Social issues are no different. The stakes are similarly high, so why take risks when there’s so little to be gained? Here’s the punch line: If you know what you’re about to do is risky, then don’t do it. Stay five hundred yards away from all things dangerous. Stay away from the churning waters. 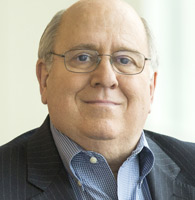 29 thoughts on “Kerrying On: Stay Away from the Churning Waters”